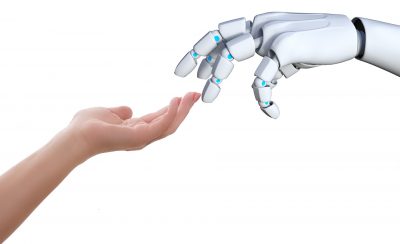 Robots Are Not a Threat
The common notion about robotics and automation taking jobs is an urban myth. Contrary to the illusory truth often used in reports, the introduction of advanced manufacturing, industrial automation and robotics is the cornerstone of Industry 4.0 and a critical step to a more advanced industry that will employ more workers and create more jobs.

While the growth of robotics use in industry is ongoing, according to the consulting company Deloitte, 2.4 million manufacturing jobs may go unfilled by 2028, putting $454 billion in production at risk.

Over the past 200 years, industry has changed considerably, and almost every phase of the industrial revolution has threatened the jobs of workers. Despite the population growth and migration of jobs, the unemployment rate has stayed low, and jobs in manufacturing are plentiful.

In the 21st century career world, the capabilities of industry workers and the needs of employers have changed. While factory workers still need to understand how mills, drills, cutters, and welders work, these machines are now safer because they operate automatically. The factory worker is now tasked with programming and managing the equipment rather than operating the equipment manually. Maintenance technicians, factory workers, and supervisors of 2020 need to have different skills than the generations of industry workers before them.

Keeping up with technology by introducing robots and industrial automation makes vendors more competitive, nimble and responsive—all factors that result in growth. Staying ahead of the competition is the key for companies to expand, increase staff, and raise salaries.

The result is increased production, safer jobs, greater operational efficiency, expanded production flexibility, and a booming economy where more people go to higher education institutes after high school. The population is becoming smarter, more educated, better prepared for careers, and much more efficient. The challenge that educators face is far greater than the threat of robots.

CTE to Guide Industry Professionals of the Future

As we launch into CTE month, it’s imperative for educational organizations worldwide to reflect on their manufacturing programs and curriculum. There is a clear need to expand from specialized mechanical skills or trades to more advanced and diverse skill sets, including robotics, automation and system integration.

The industry jobs of the future are designed for employees who are independent and think out of the box, so manufacturing programs need to prepare students to reach these qualifications.

Micro Credentialing for a Stronger Workforce

5 Must Haves when Implementing an Industry 4.0 Training Program 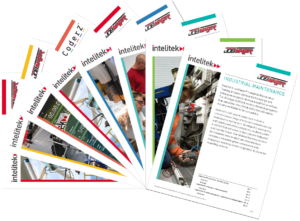